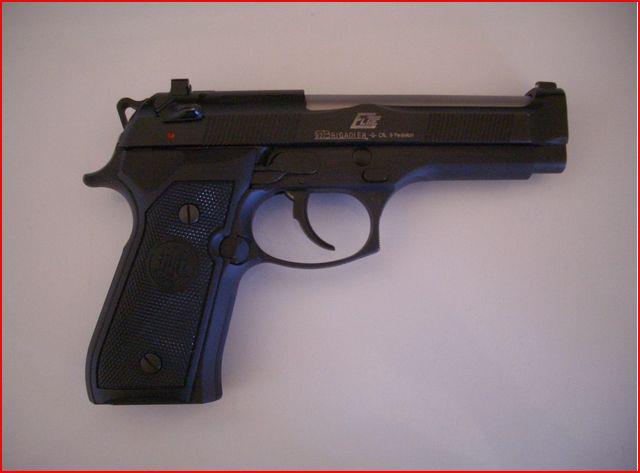 It is very sad that certain part of the Republican Party in the US has to resort to using Gabriel Calzada as a source to discredit Barack Obama’s «Green Energy» proposals. Gabriel Calzada has absolutely NO credibility. None! Zilch! Diddly squat!

It appears that some people need to hire the services of a discredited «professional» to point out that Green Energy tends to be a misguided policy. I’m not sure what scam they imagine when it is perfectly clear that there is no money at the moment for Green Energy but apparently they need to spend a lot of money hiring Gabriel Calzada to put an end to that deception most of us already recognized.

Half-truths and outright deception by misquoting or using faulty sources are the lifeblood of Gabriel Calzada’s tactics and the Instituto Juan de Mariana here in Madrid. There is utterly no noble purpose to the «Instituto Juan de Mariana» (it is an anarchist think-tank in Madrid, a so-called «anarcho-capitalist» think tank which actually has received PUBLIC funding in past years from the Madrid regional government of Esperanza Aguirre). Most of their «work» revolves around crazy ideas: legalization of all drugs, legalization of prostitution, and other left-wing or morally questionable causes trying to pass of as «libertarian». No matter what your stance, you would all agree that someone like Ludwig Von Mises would be appalled at some of the activities and LIES that revolve around Gabriel Calzada.

In the Instituto Juan de Mariana, whose President is Gabriel Calzada, I was relentlessly attacked consistently and without mercy for refusing to accept anarcho-capitalist doctrine passing off as «classical» liberalism — and they also attacked me for saying that laws against sodomy in the United States should not be ruled unconstitutional. They said I was «homophobic» and resorted to relentless ad-hominem attacks against my person, my background, and my qualifications. They also had to resort to lies about my past which of course was allowed to go on by that snake oil salesman you know as Gabriel Calzada.

Gabriel Calzada’s close ally, Antonio Chinchétru (one of the founding members of the Instituto Juan de Mariana and an absolutely morally corrupt, seedy individual) called me a «religious fanatic», a «fundamentalist», a «theo-con» and a «Biblical Lunatic». He, and others, also said that «people like me» are «ignorant» and «illiterate».

I would venture to say that the the background of my students and my own is far more impressive than those at Universidad Rey Juan Carlos in Madrid — yes, you read right — that is where Gabriel Calzada obtained his Phd — you can read about his ridiculous «doctoral» thesis here. (Spanish). Among the things that immediately stand out are two – the first is that Calzada was under the leadership of well-known Opus Dei member, Jesús Huerta de Soto and the second is that the «tribunal» (committee that grants the Phd included Carlos Rodríguez Braun). Who is Carlos Rodríguez Braun? On his website, it appears that Professor Rodríguez Braun is not very friendly to the concept of biographies, as one can see from his refusal to say anything relevant about himself. Thankfully, I can help you: he is one of the members and founders of the Instituto Juan de Mariana. Don’t you think it’s a bit strange and questionable that Calzada is awarded his Phd in 2004, and that on that committee sits one of his close friends? What kind of transparency is that ladies and gentlemen? That’s not what I would call a serious academic setting in which to be awarded a Phd. Unfortunately, many things in Spain’s socialist university system work in a corrupt manner. Getting back to my original point, having a Phd from the Universidad Rey Juan Carlos is like having a Phd from some land-grant, third tier school in the United States. It would be like having a Phd from the University of Clearwater…not impressive at all.

I wouldn’t mention it, except that Calzada and his cronies savage anyone who they don’t agree with by calling them «uneducated». As it happens, Calzada’s academic and professional background is far from impressive, as I have just shown you and will proceed now to get into more details.

If you’ve ever watched any of Calzada’s speeches or presentations, you would think that Calzada, because of the way he is introduced, is some sort of first-rate economic scholar. But Calzada and his people never mention that the Economics department at Universidad Rey Juan Carlos stands among the lowest ranked programs in Spain.

Indeed, it seems that people love to believe the lie that Calzada is some sort of «expert» on economic issues.

Gabriel Calzada went to Rey Juan Carlos University (average intellectual level: about that of pulling guards at the University of Tampa — acceptance rate: 1 of every 1 applicants).

Calzada’s professional qualifications are questionable with regard to their quality. Having a Phd from Universidad Rey Juan Carlos is nothing impressive. It would be as if a graduate of the Harvard extension school for adults boasted about being a «Harvard man».

There is nothing wrong, of course, with being a Pulling Guard but at least they can do something useful, like playing American football (useful as in, people value that and there is a market for it).

In addition to all of this, the Universidad Rey Juan Carlos continues to post Gabriel Calzada’s CV on-line — let’s analyze it shall we? At the bottom of this page, we can find Calzada’s CV.

He is an Associate Professor at the URJC.

He is a Senior Fellow at the Center for the New Europe (the organization which actually finances his mediocre studies based on half-truths. No wonder he is so popular among many conspiracy wing nuts). He is also, sadly, an academic member of the Ludwig Von Mises Institute (I’m amazed at how they could be so myopic as to give this man any credibility) – it looks like people at the Mises Institute do not understand the meaning of «academic credential».

It may seem cruel to ridicule and expose the true qualifications of someone who already wakes up in the middle of the night in a cold sweat worried that he’s a fraud. But I believe that by pointing out that Calzada actually is an intellectual fraud, I am liberating him.

You may not realize it now, Mr. Calzada, but you will look back on this day and say, «That was the best thing that ever happened to me!»